NORTH HOLLYWOOD, CA (JANUARY 14, 2022) – As part of their massive “New for 2022 - Phase 1” product rollout for the new year, ESP Guitars has announced a new finish available for the James Hetfield ESP and LTD Signature Series Snakebyte. The LTD Snakebyte Camo will begin shipping to ESP dealers worldwide in early 2022. Additionally, ESP will be donating a portion of the proceeds of each purchase of the new Snakebyte Camo to Metallica’s All Within My Hands Foundation.

“The Snakebyte Camo is based on a very specific camouflage finish that James had us implement for one of his ESP Custom Shop guitars,” says Matt Masciandaro, president and CEO of the ESP Guitar Company. “Many Metallica fans have already seen James playing his Snakebyte Camo during concerts and festival appearances. We’re happy to make this great guitar available to the public, and be able to contribute to a very worthy cause.” 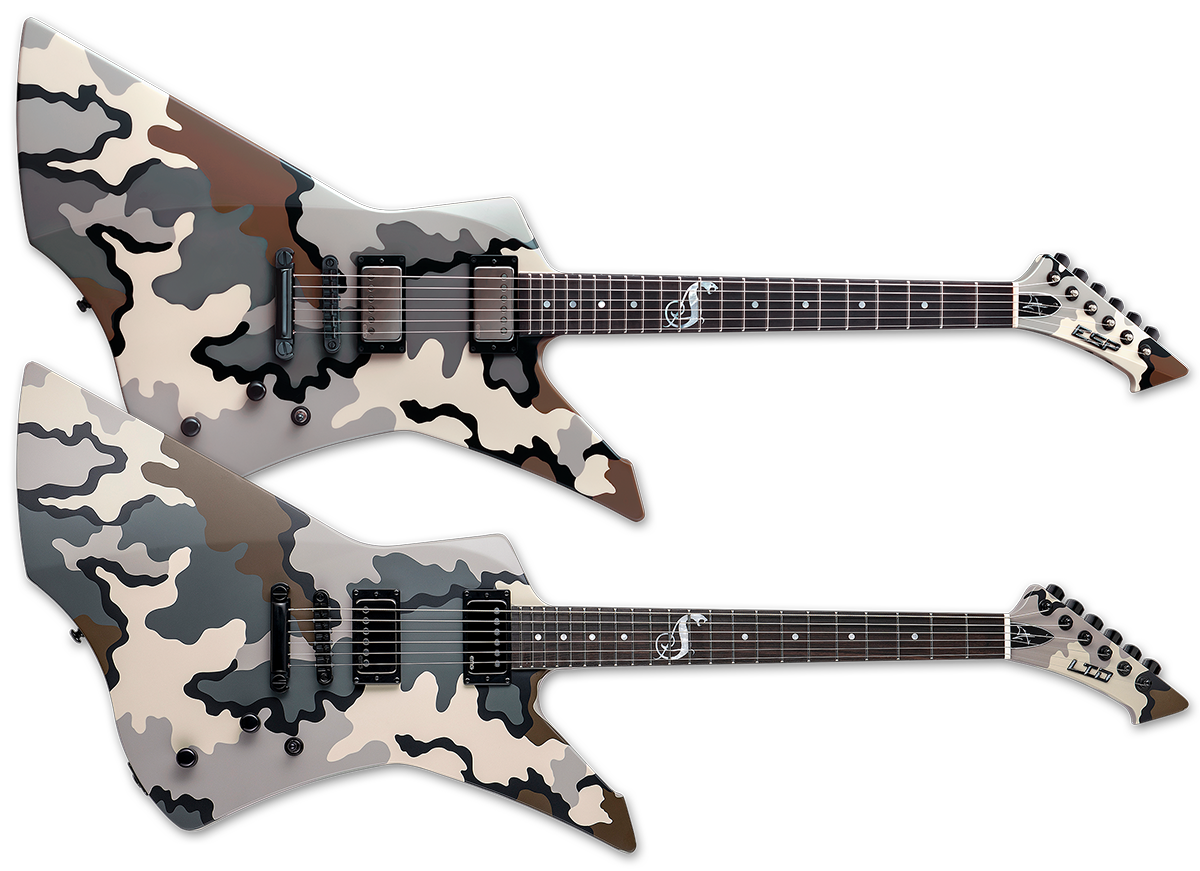 Originally introduced in 2011, the James Hetfield Signature Series Snakebyte is available in both LTD and ESP Custom Shop versions. It features set-neck construction at 24.75" scale with a mahogany body, a thin U-shaped mahogany neck, ebony fingerboard, 22 extra-jumbo frets, a TonePros locking TOM bridge and tailpiece, and James' own EMG JH SET active pickups. The new Snakebyte Camo is based on a camouflage pattern created by high-performance hunting gear manufacturer KUIU, a design chosen by Hetfield.

Formed in 2017, the All Within My Hands Foundation is a non-profit, philanthropic organization created by the members and management of Metallica, dedicated to creating sustainable communities by supporting workforce education, the fight against hunger, and other critical local services. A portion of each Snakebyte Camo sold will be contributed to AWMH, and subsequently donated to a cross-section of national and local charities. More information on the organization can be found at www.allwithinmyhands.org.

ESP really need this finish other Guitars like the Arrow or Ex VERY METAL \M/ Finish !!!

Really enjoyed this Snakebyte Camo. This is really cool. Kelly

That was awesome! I really really love it! This is perfect for interior painting in Raleigh NC.

The new Snakebyte Camo is based on a camouflage pattern created by a high-performance hunting gear manufacturer Crawl Spaces Chicago, IL