Let's talk about rock. What even is rock in 2022? Does rock still exist?

Yes. Yes it does, and the roots of rock go all the way back to the blues and R&B music of African-Americans in the early 20th century, with the additional influence of country and jazz music at the start of the 1900s. However, it was in the early 1950s, with the invention of the amplified electric guitar, that rock truly began to rock. Artists like Bill Haley, Buddy Holly, and Elvis Presley took the rock and roll sound and turned it into chart-topping hits. But the key ingredient was always a guitar and a cool amp.

Rock went through many eras of evolution between then and now. In the 1960s, the edgier sound of British rock bands like the Beatles, the Kinks, the Rolling Stones and many others paved the way for rock to get faster and harder, eventually leading to bands like Cream, Led Zeppelin, Black Sabbath, and all the other forefathers of hard rock and metal. But again, without the sound of overdriven guitars through powerful tube amps, rock might not have ever taken off as it did.

The ENGL Rockmaster 20 E307 is an all-tube design that offers a bunch of tonal varieties, from shimmering clean sounds to gritty crunch tones to the fattest rock sounds imaginable. This amp offers a perfectly balanced EQ with Mid Boost, a switchable FX loop and a frequency-corrected recording output. The result gives you everything you ever wanted for classic rock, hard rock, metal, blues, fusion, progressive rock, and many other music styles. Plus, the Rockmaster 20 offers a built-in power soak feature, allowing you to set the output from 20 watts to 5 watts to 1 watt, to even zero watts! Using this function, you can have all of the great tone from saturating those power tubes hard while still keeping the output volume to a low enough level so that your neighbors won't hate you. 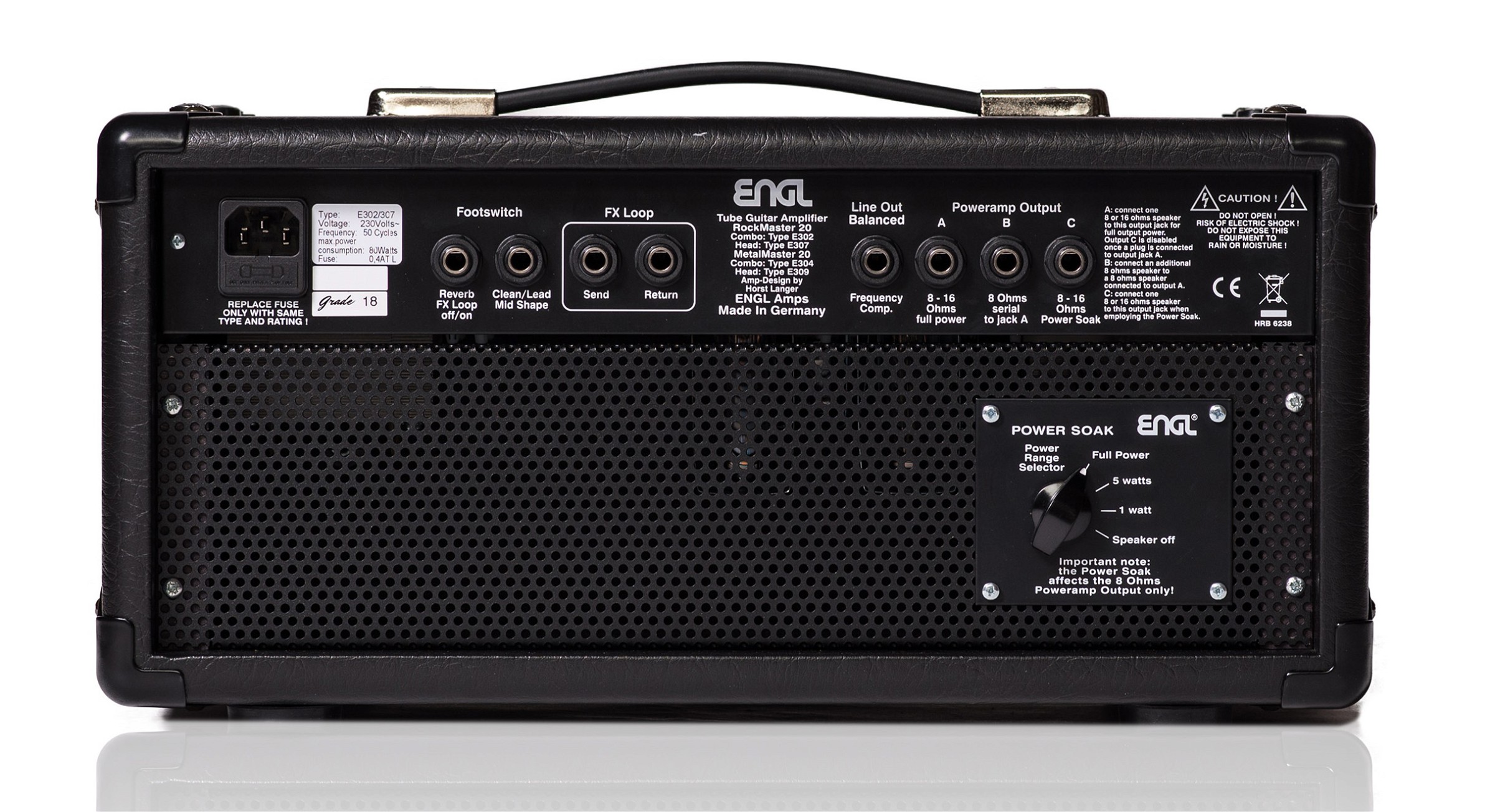 ESP distributes ENGL amplifiers in the USA and Canada. Find a list of our ENGL dealers here!

Based on your description it appears this amp can really travel (across every tone I'd ever want apparently). Craftsmanship and design looks very clean as well. We often have speakers playing while doing large commercial landscaping - maybe we need to check this amp out to step things up. I know it technically is listed as dynamic for other music styles (outside of rock), but can it really adapt to everything else? Considering ordering one for the weddings I oversee as well.

Superbly written article, if only all bloggers offered the same content as you, the internet would be a far better place.. colorbond fencing townsville

I was simply making up stories in my head, and you confirmed what I had been thinking about. Thank you very much for your help! web design townsville

Thank you for sharing this amazing post. keep up the great work. https://carportscanberra.com/

I found your this post while searching for some related information on a blog search...It's a good post..keep posting and updating the information.
outdoor upholstery sydney